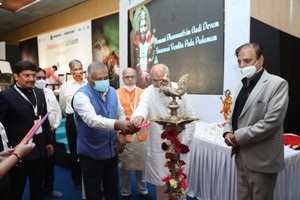 Greater Noida –(September 25, 2021) The 3rd edition of Ayuryog Expo, Himalayan Herbal Expo and Arogya Fair started today at India Expo Centre & Mart, Greater Noida. The Expo was organized by India Exposition Mart Ltd. in association with the Ministry of Ayush and supported by the Uttar Pradesh Government and Export Promotion Council for Handicrafts. The AyurYog Expo is a platform to exhibit, showcase and promote everything made, served, and sold in the name of natural, AYUSH (Ayurveda, Yoga, Naturopathy, Unani, Siddha and Homeopathy) to a global community.

Dr. Rakesh Kumar, Chairman-IEM & Director General – EPCH informed that leading medical fraternity (Traditional System of Medicine and Holistic Health Industry), research and educational institutes are actively taking part. The event will witness 5000 Ayurveda doctors/ students presenting their papers and showcasing health awareness posters, keeping the ongoing pandemic in view. With 70 exhibitors on board, 40,000 plus online delegates, and over one lakh expected visitors the event is spread across a 500 square metres area to host 15+ sessions and activities.

While welcoming the guests Dr. Kumar said AyurYog Expo 2021 aims to connect the best of natural health and wellness experts, academic institutions and thought leaders from across the globe. In addition to the businesses and academicians in the space, this is a golden opportunity for budding scholars, researchers, end users and trading bodies to gain a better and deeper understanding of the traditional system of medicine.

The Chief Guest of the event General V.K. Singh (Retd.) Minister of State, Ministry of Road Transport and Highways and Ministry of Civil Aviation in his address said that the Ayurveda, Yoga, Unani, Sidha and Homeopathy system of medicine looks for the root cause of the problem and not only the symptoms. It is important that various systems of medicines to be promoted as each system has its own advantages. It is important that it should be popularised among us everyone.

Vaidya Devendra Triguna – president of AMAM & AIAC Government of India, Congratulated India Expo Centre and Mart Ltd for organising the event and said that it is the ayurveda which has helped India during the Covid pandemic with stand the challenge posed by it Ayurveda being one of the reasons for India to manage Covid so well since every citizen has been practising using some kind of traditional medicine during the period.

P K Pathak- Special Secretary, Ayush, GoI, was happy that finally a physical event has been organised. He informed that his ministry realising the importance of Ayush in countering the pandemic has taken various initiatives during the last one and half years which include launching of Ayush app. He further said, the Ministry has also issued various guidelines regarding usage of traditional medicines and have also translated them in foreign languages to be disseminated worldwide through Indian embassies abroad.

Further, other guests including Shri Dinesh Ji, Professor S.N, Singh, Director Ayurveda, UP and Dr. Yogesh Mishra spoke on the occasion highlighting the importance of alternative system of medicine in life of individuals which is much more then alternate medicine it looks at the overall healing and well-being of the human body. They also stress on the need to promote and propagate the message of Ayurveda amongst the citizens of the country by organising similar fairs across the country 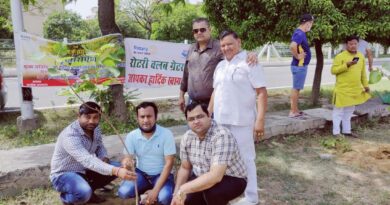 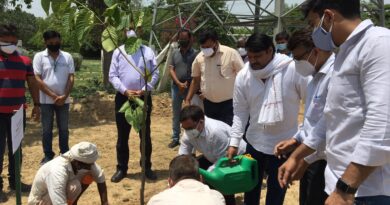 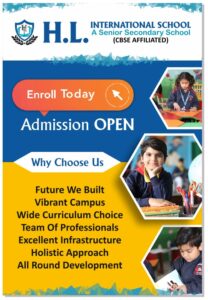 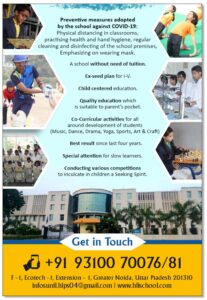 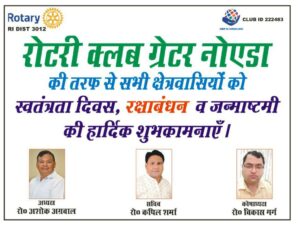